I freaking love today’s street style fashion post! For me, every shot has something that made me think “that’s awesome” and I hope the shots make you feel something similar.

As you know, I normally don’t edit my shots in Photoshop, but I tooled around with a few things in this batch. Call it an experiment.

You have to love this. Her outfit is flawlessly put together from head to toe and she simply looks amazing! 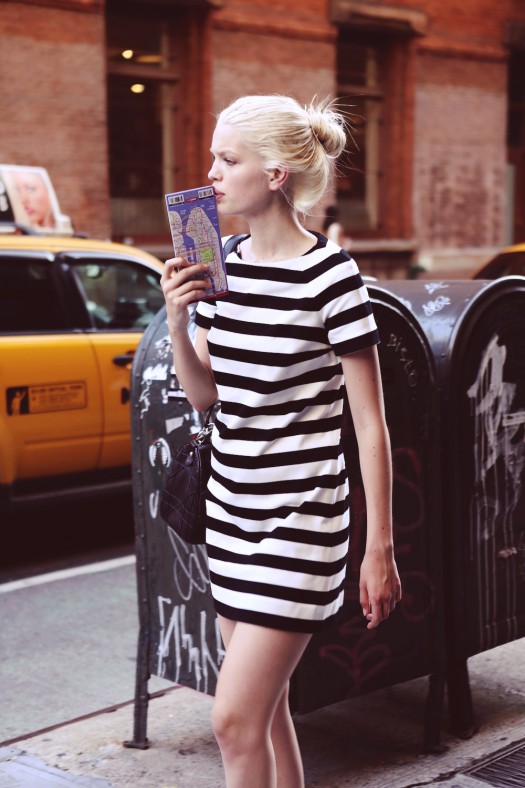 Ok, here’s what I’m thinking. Given her height and appearance, I’d say that subway map means she’s a model that has just arrived to the city. Simple, but great look. Update: I was told in the comments section that this is Daphne Groeneveld, the face of Dior Addict)

I thought she was riding straight towards me and then she made a right-hand turn. So then I went chasing after her to at least get this much of the shot. The basket on the front of the bike was full of all kinds of greenery. Don’t overlook her boots. 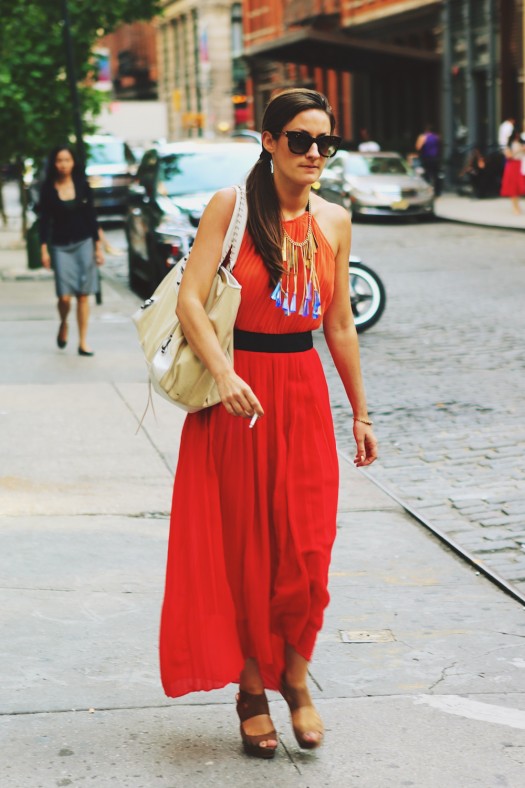 Meet Millie. After a short conversation I learned that she’s also a North Carolina native now living in New York City. What initially caught my eye was her necklace, but after doing a double take after we parted ways I definitely shoot have take a photo of the back of her dress – it was wide open. 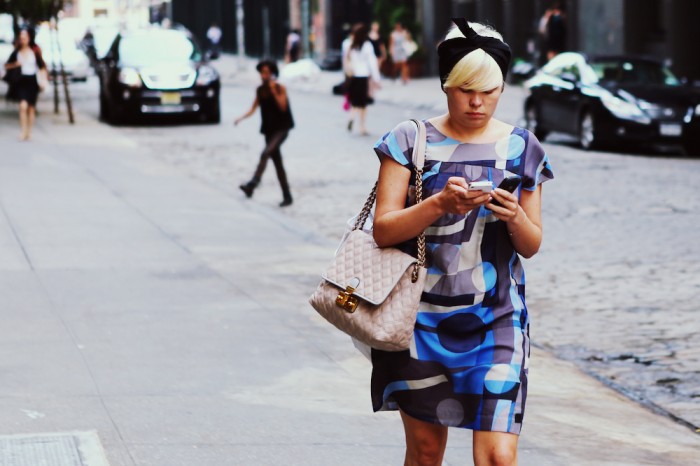 The headband is a unique touch. 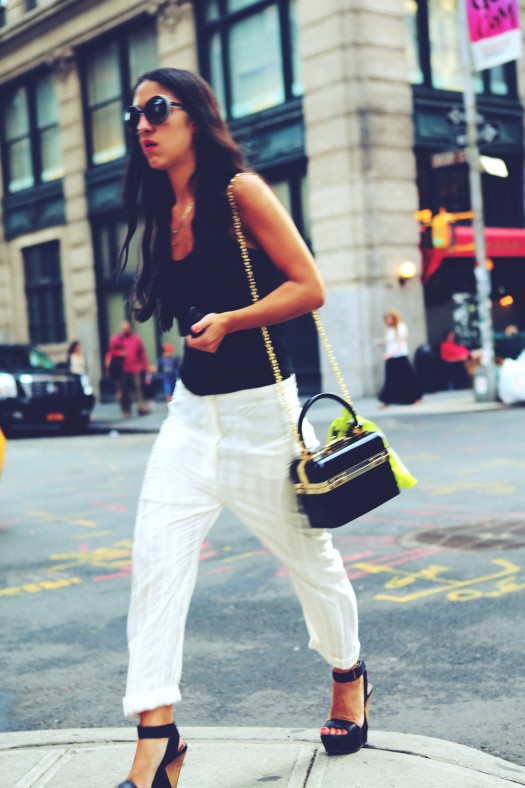 I totally didn’t see her coming, which is why the shot isn’t focused. All that aside… look at her purse! 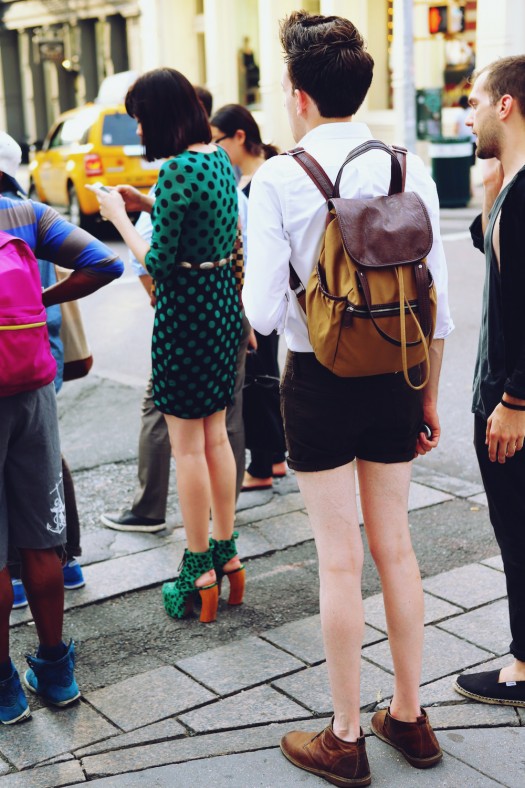 Whatever caught your eye first, keep looking. There’s a lot going on in this shot. 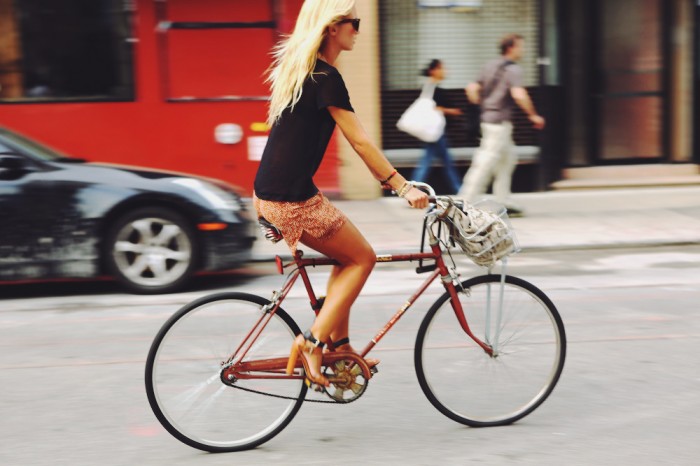 Sometimes when bikers come by you literally have .02 seconds to prep for the shot; this is a perfect example. Stylish women on bikes will never get old for me. It’s such a classic look, that’s enhanced up by great style… and in this case, with a pair of heels.

Click here to have Fashables posts sent directly to your Inbox.