If you’re a regular visitor of Fashables you’ve likely seen our street style post called Peeps from the Streets. I was out taking some shots over the weekend and had a new experience that I wanted to share with you.

As I was walking down Spring St in SoHo I noticed a female wearing a fun looking dress that had some pretty unique straps. Just like normal I introduced myself, asked to take a shot, and after she agreed snapped away. But after taking the first photo I realized something was different. (Follow along under each image.) 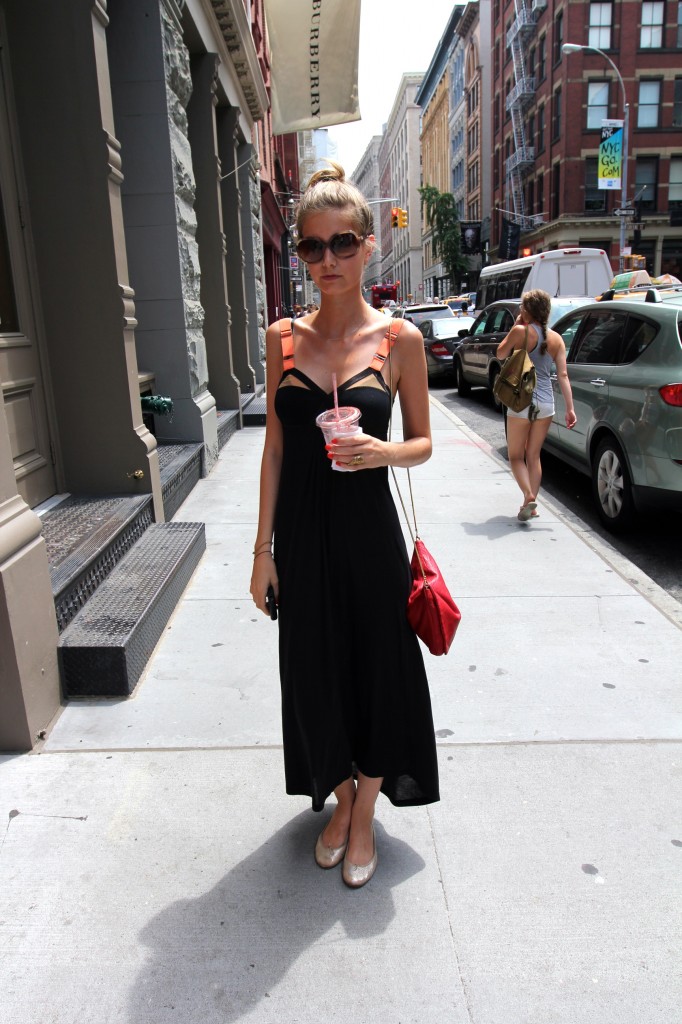 I don’t typically ask people to do poses of any sort because that can make them nervous, so I capture their natural look… and this instance was no different. The shot above is the first one I took. 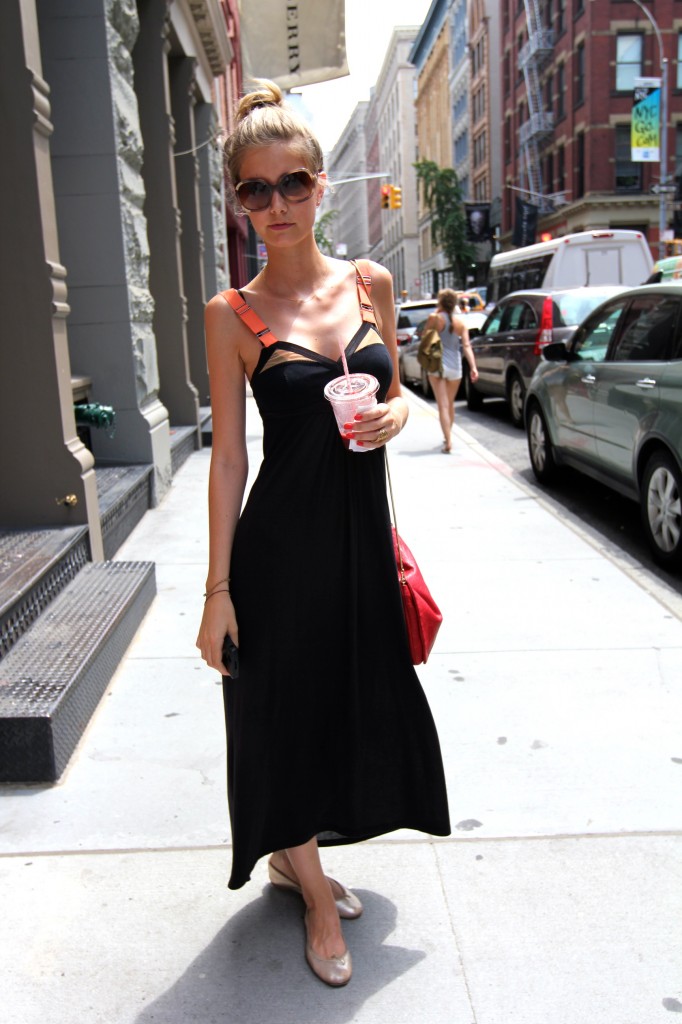 As soon as she heard the first photo fire off she instantly started posing and doing things the average person wouldn’t typically do. 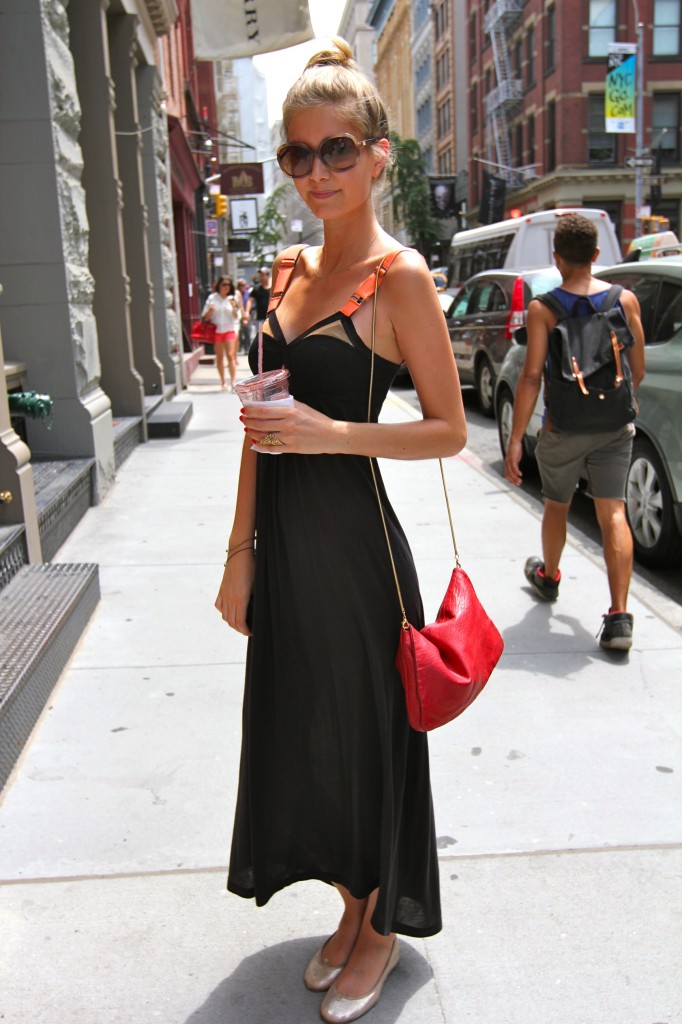 By the third shot, she had given me three different poses and I said, “So… I’m thinking you’ve done this before. Are you a model?”

She was nice enough to chat with me for a bit and eventually introduced herself as Mathilde Frachon, and yes, she’s a professional  model.

I was intrigued by the encounter and decided to consult with my good friend Google to learn more. A profile from NYMag.com came up in the search and it featured a bunch of different professional photos, two of which can be seen below.

Anyway, that’s my little story about photographing a professional model and having no clue that I was doing so. And yes, that not knowing part makes the process that much more fun!

Thanks to Mathilde for letting me snap a few shots.

Enter your email address below to get our latest fashion updates.