I’ve often heard of guys wearing women’s jeans to get the fitted look, but it’s not something I’ve personally tried, until now (I run a fashion blog and should be well versed right?).

7 for all Mankind makes one of my favorite pairs of jeans, so while in SoHo on Sunday I stopped by their store to see if I could squeeze into their women’s jeans.

Upon entering the store I found a female salesperson and said, “Ok, this may sound weird, but I run a fashion blog and need to try on some women’s jeans.” She politely smiled, and then laughed a bit, and said, “I’m happy to help.”

I gave the disclaimer that my guy jeans require a little room in the butt, because I wanted to be able to get whatever she gave me up past my knees (that wouldn’t have been a great photo). She went to do her thing and quickly came back with a pair of the 7 for all Mankind Classic Straight Leg jeans.

Upon first putting them on I could immediately feel that they were much tighter in the shin area than any jeans I’d ever tried on. I then proceeded to pull them up all the way, while slightly inhaling (I wear a women’s 32 for anyone that cares) and then doing some serious adjusting.

After said adjustments were made I laughed a little, buttoned the jeans and gave them a look. As expected they were very fitted in the butt, thigh and lower leg (especially as the leg came to an end). The salesperson came to take a look and she said, “Honestly, they look really good on you.” I said, “Thanks… I guess.” 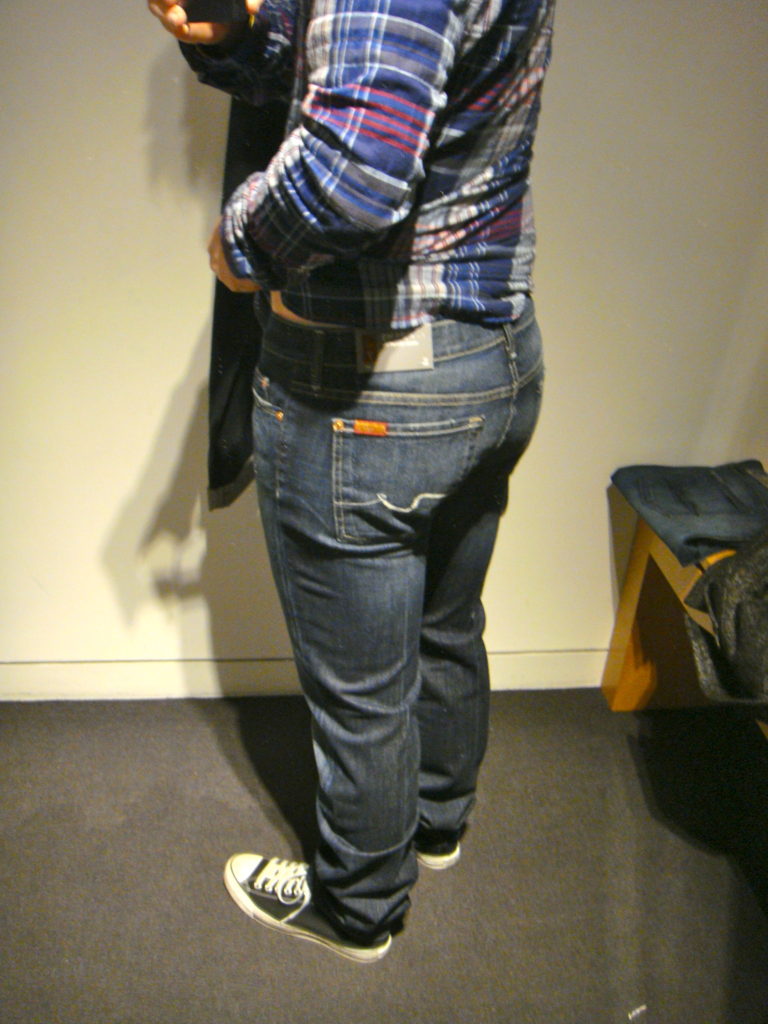 I had the jeans on for two or three minutes and don’t think I’d have wanted them on for much longer than that. They were tight in areas that you might imagine aren’t all that comfortable, for a guy. My only assumption is that guys that wear women’s jeans are skin and bones, or have a high tolerance for wearing things that are really tight.

Other than the obvious tighter fit, the jeans fit significantly lower than my guys jeans, which already felt a bit low. Like most designer jeans, the length was a bit long and they’d need to be altered, no biggie.

In all honesty I think these jeans would be great for an athletic female that has a butt and larger than skin and bones legs. I say that because a lot of my female friends that fit that mold complain about never being able to find jeans that fit. 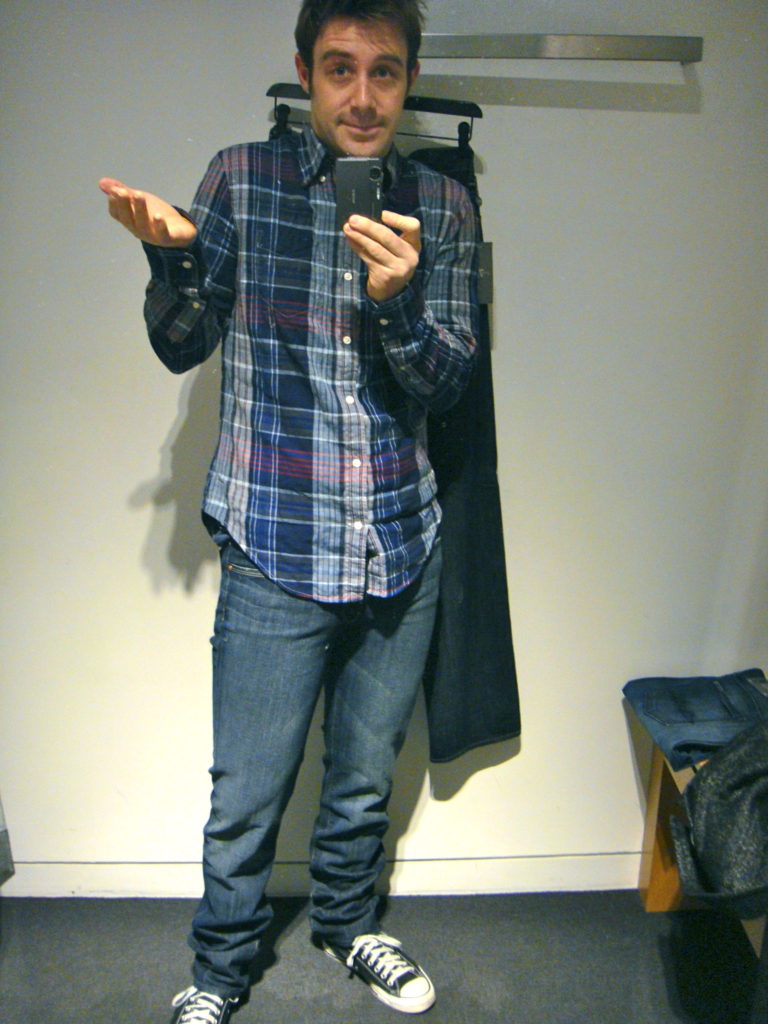 After looking at these pictures I don’t think they do justice to how tight the jeans felt. Maybe since certain areas had a higher discomfort than I’m used to the tight feeling was amplified. Who knows, but they were tight! And, how a guy would get something in the front pockets is beyond me.

If you’d like to purchase the 7 for all Mankind Classic Straight Leg jeans you can do so by clicking here ($155).